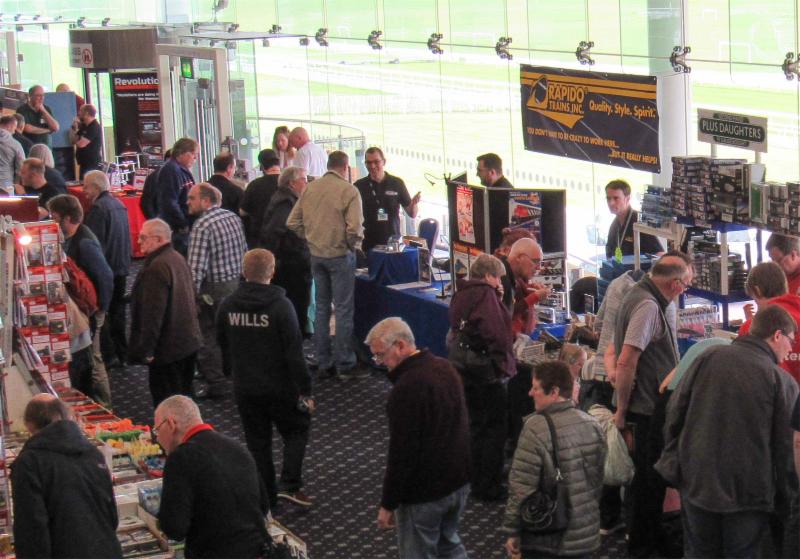 Part of the Rapido family at the York Show – Revolution, Rails, Rapido. Locomotionmodels.com and Realtrack are nearby.

Greetings from York! The Old one, not the New one…. Thomas and I are here to exhibit at the York Model Railway Show this weekend, and we have lots to talk about.

I’ve spent the week based in York meeting with clients and researching upcoming projects – mostly. Thanks to a scheduling snafu on Tuesday, my morning appointment was cancelled. This left me with much of the day free and unscheduled. What to do?! 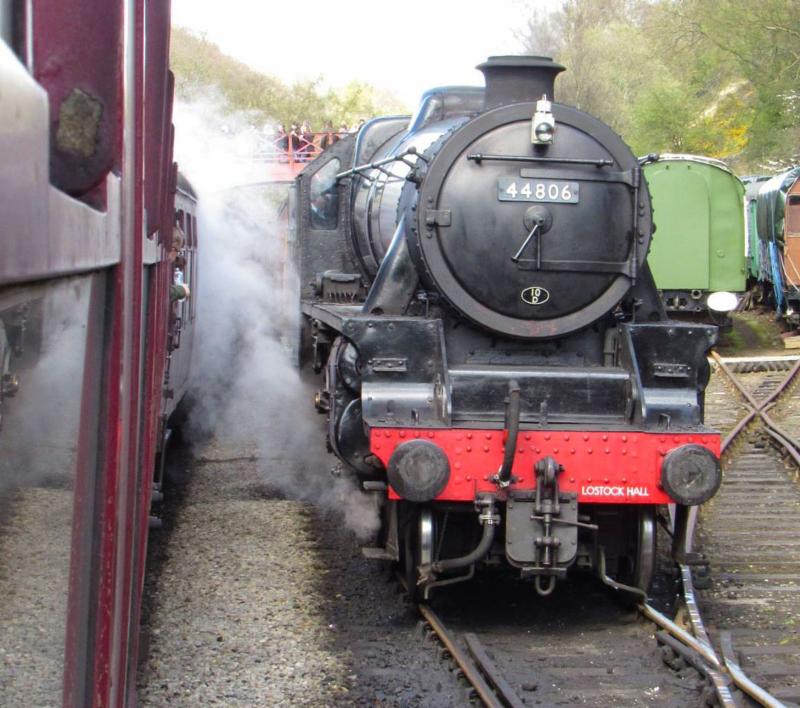 Nothing like a good old Black Five to get those anorak juices flowing… (Ed: You mean a Class 28 diesel.) No, I don’t. Not unless I feel like setting my anorak on fire. (Ed: Ouch. Touche.)

As the resident steam buff on staff I only felt it my duty to find somewhere to get sooty. An hour’s drive away was the North Yorkshire Moors Railway,so I took one for the team and took a ride from Grosmont to Pickering and back. 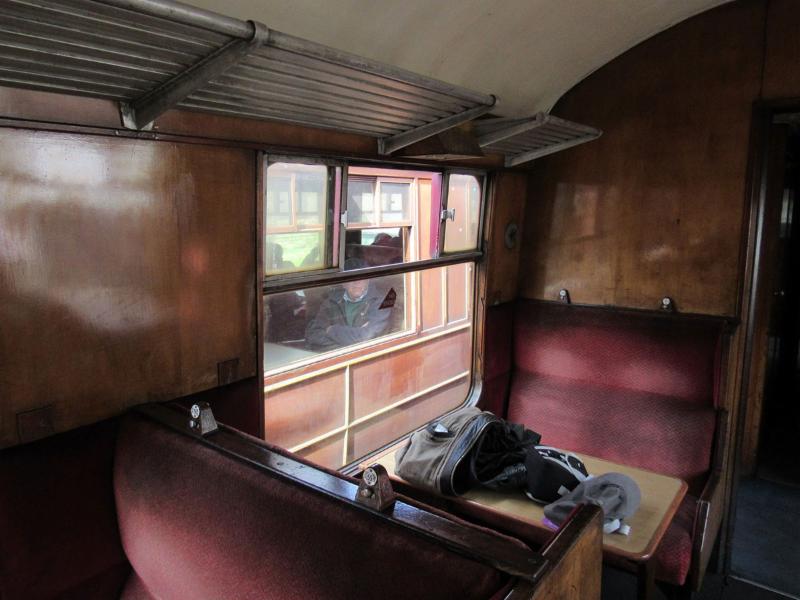 Wouldn’t it be nice if the new Thameslink Class 700s had interiors like these instead of that horrible, thin, narrow, plastic rubbish?

At this point it’s probably worth mentioning that the UK idea of a preserved line (“Heritage Railway” here) differs somewhat from most North American definitions. Although I showed up on an early April Tuesday the NYMR had no fewer than three locomotives in steam and pulling trains over 29 miles of steeply graded, twisting track. Back home few railways…. errr…. railroads are running anything at this time of year, and fewer still can boast one, let alone three locos in steam on any given day. The NYMR also has an extensive shop capability where other locos and rolling stock are serviced and restored. It is well worth the visit if you have the chance.

(Ed: Or why not see trolleybuses at Sandtoft instead?)

I’m losing patience with you, Jason. 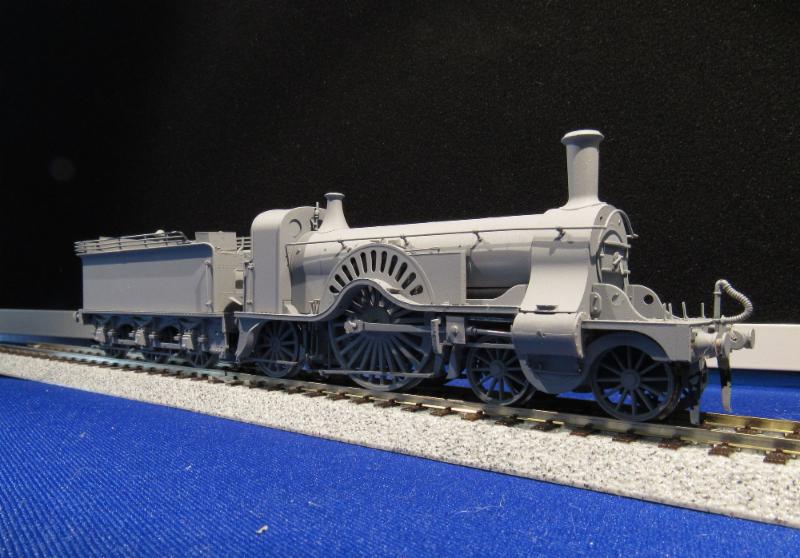 The first test sample from the moulds, or as you Brits like to say: “the first engineering prototype”. Whatever you call it, it’s fabulous.

Once back at the hotel I managed to comb the cinders out of what little hair I have remaining and, suitably inspired, set to work preparing the Locomotionmodels.com OO gauge Stirling Single samples for the show.

The factory sent partially-assembled first running test samples directly to the UK, so up until Monday night I had not seen them! I am happy to report that they are much further along than I had expected, and I spent an enjoyable night on Monday watching them circulate Brian Greenwood’s layout/torture track!

However, the factory also sent several bags full of plastic parts yet to be installed. I spent the afternoon on Tuesday doing final assembly and a preliminary review. More on this shortly. If you’re interested in ordering the locomotionmodels.com model of this iconic loco click here. 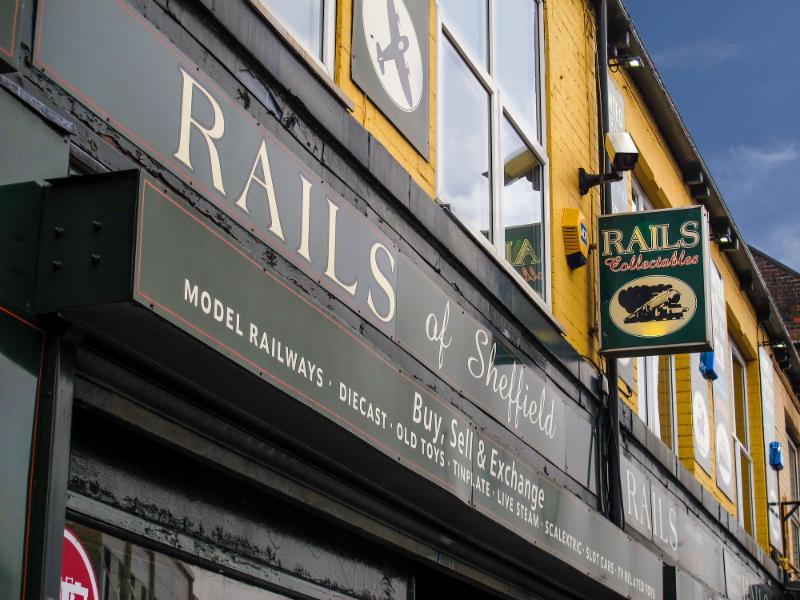 On Wednesday I headed off to meet our newest UK client, Rails of Sheffield. Rapido is pleased to announce that we have entered into a partnership with Rails to produce a series of models, the first of which is…. more on that in a moment.

Rails has also decided to represent Rapido’s North American product line in the UK, so if you’re looking for a direct source in the UK it will now be possible to reserve, see and purchase our products from Rails. Their “village” in Sheffield has to be seen to be believed. 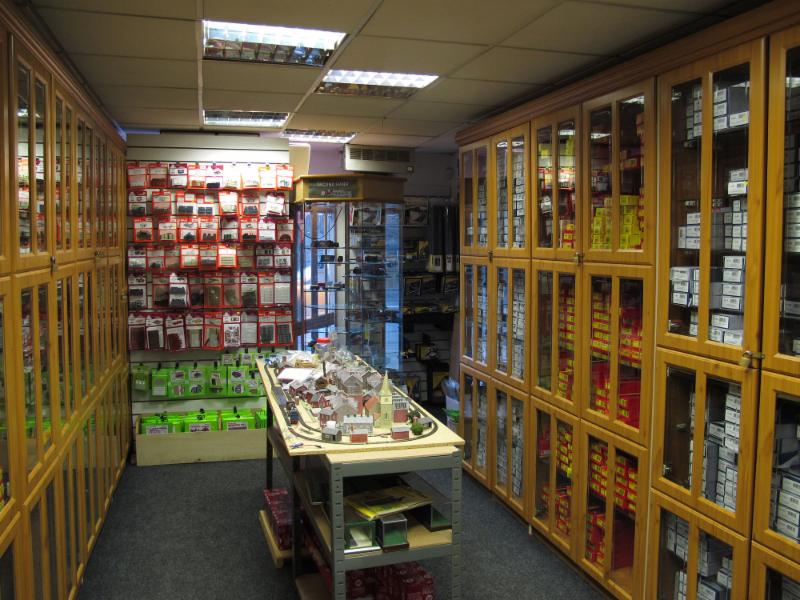 This is a very, very small part of the Rails stock.

Behind a well-stocked but somewhat modest storefront is a complex of warehouses and offices, most housed in converted 19th century residential buildings. Their large retail and mail-order business serves clients in the UK and around the world. Of course, you can still order direct from us if you choose, but the addition of Rails to the team means that we will have stronger product representation in the UK. It also means that our one over-worked, unofficial British employee, Terry, will get a bit of a break. 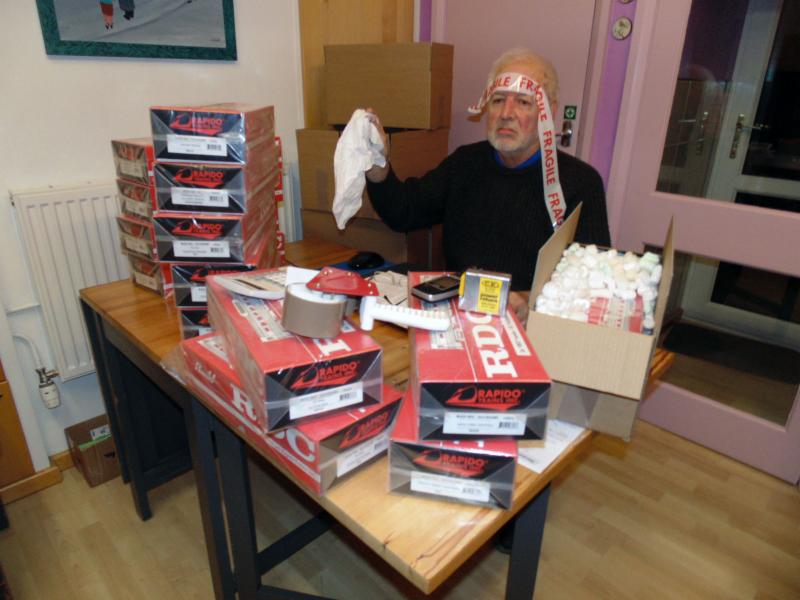 On Thursday morning we held the official launch of our first Rails Exclusive product, the OO gauge NER/LNER Dynamometer Car. 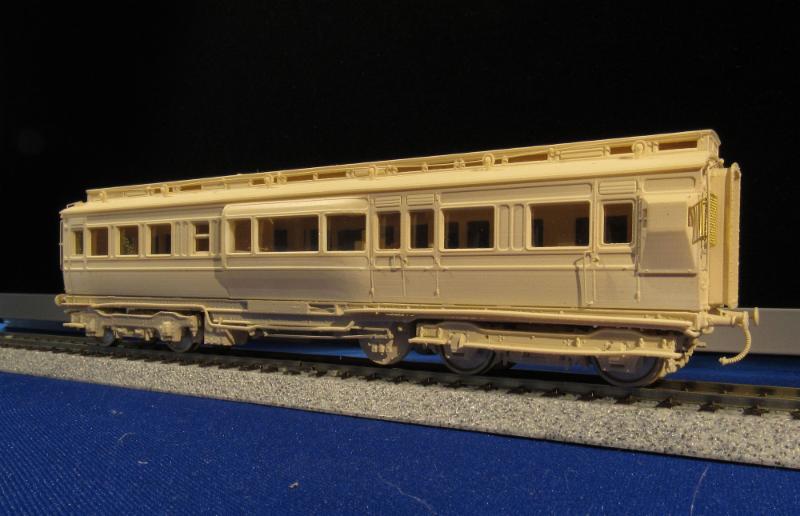 A 3D print of our new 4mm Dynanometer Car, sans interior. Scroll down for the interior.

Built in 1906, this car was used to test and record the performance of locomotives into the 1950s and is now preserved at the National Railway Museum (NRM) in York. Although used on hundreds of test runs during its career, the Dynamometer Car is perhaps best known as the vehicle that was used to record the record-setting run of the LNER A-4 4-6-2, “Mallard”, in 1938. 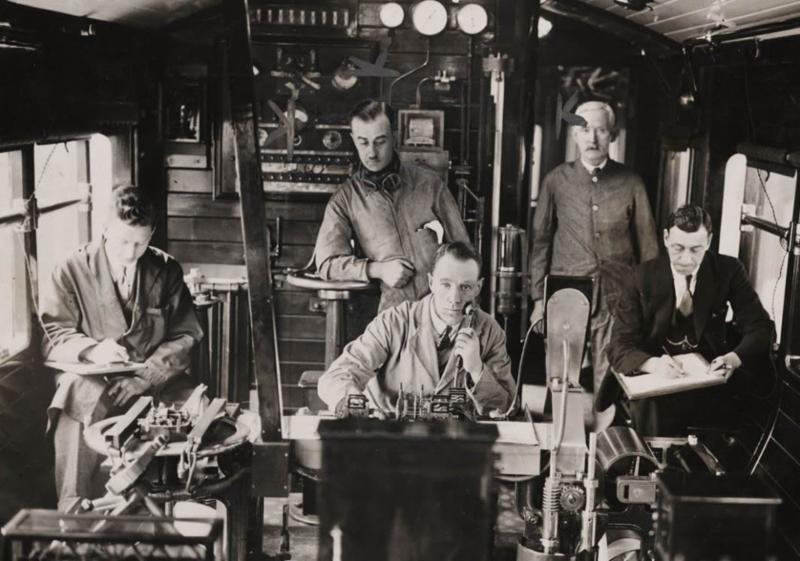 The famous photo of Dynamometer Car staff in the 1930s… 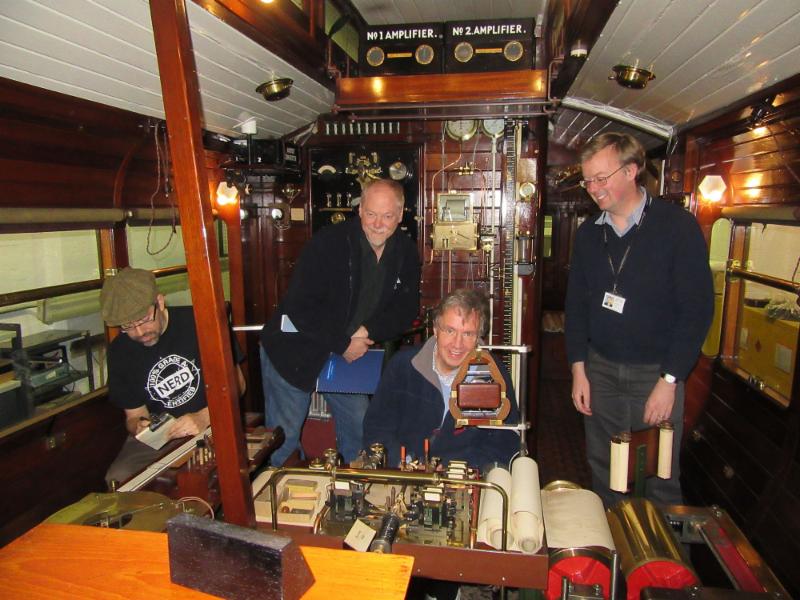 …and the rather less famous recreation by Rapido & Co., taken last year.
From left: Jason, Some Guy, and the NRM’s Brian Greenwood and Anthony Coulls.
We really should have looked at the original before posing for this…

The Dynamometer Car was also used extensively in 1948 for the locomotive trials on the newly formed British Railways. At that time it was used to compare the performance of locomotives from each of the four predecessor companies and to gather data that would be used in the design of British Rail’s standard steam loco classes. Complete ordering information is on Rails’ website here. 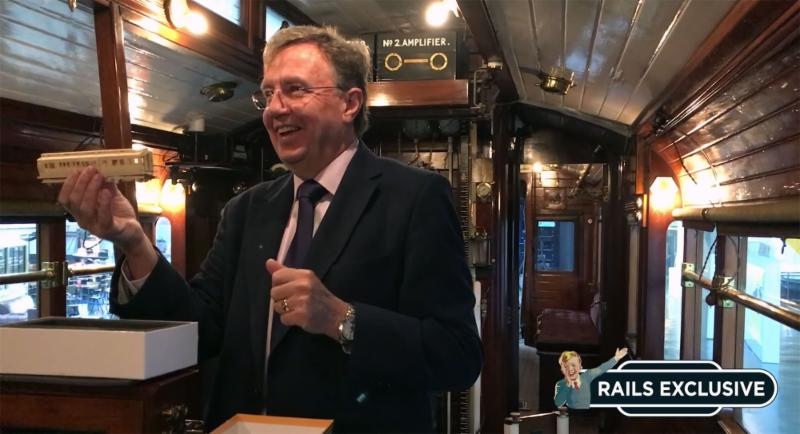 The launch was held at the NRM and, thanks to Rails’ corporate partnership agreement with the NRM we were able to announce the model to the UK press INSIDE the original vehicle. We displayed a final 3D printed sample of the model, the last step before tooling starts, which included complete interior and underbody detail. The reaction from those who have seen it so far has led us to unofficially rename it the “Wow Car”! 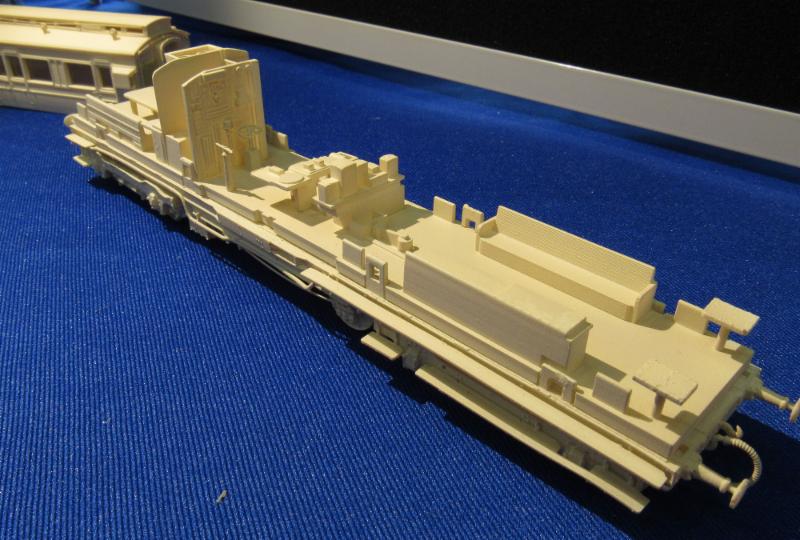 Now you can recreate that famous photograph in 4mm scale! Nobody does this kind of detail. Nobody except Rapido, that is.

Our existing UK partners are also displaying at the show. Revolution Trains‘ fantastic N gauge Pendolino project is in production now. Tooling is currently underway on the N gauge Class 92 loco and we should see samples of this model shortly (although sadly not in time for this show). Revolution is also displaying samples of their upcoming N gauge KFA container flat.

Here is a photo of the tooling in progress on the Class 92. This mould contains all of the window glazing and the large interior motor cover and cab floor. The large part is ABS plastic while the clear parts are GPPS (general purpose polystyrene, i.e. glazing material). We have a gate in the mould which allows one mould to be used for two shots – one in GPPS for the glazing and one in ABS for the large interior cover. This helps keep the tooling costs down.

Most of the heavy lifting has been done on this mould. It is just awaiting EDM (electrical discharge machining) and then it’s done. We expect the first Class 92 samples next month. 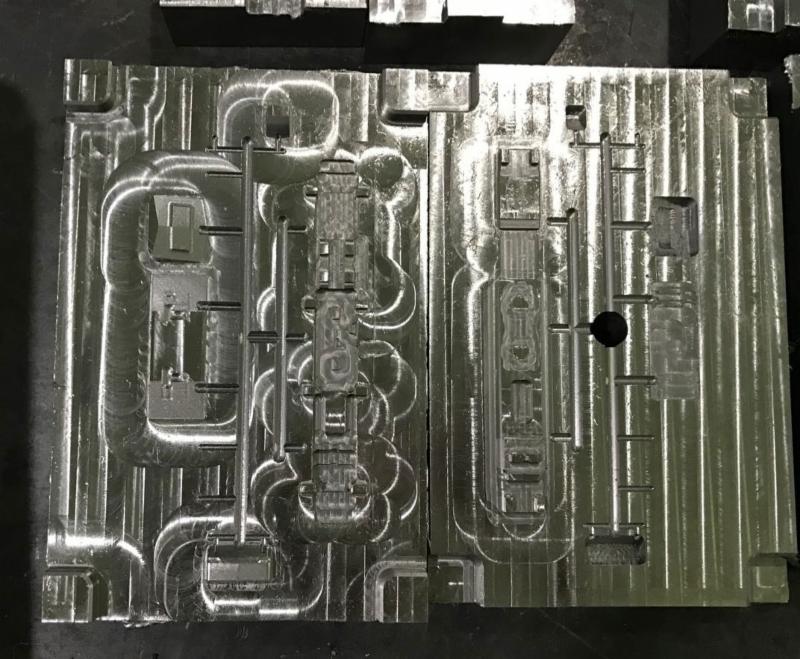 Realtrack Models are displaying the latest sample of their Class 156 DMU. Just look at this beauty. It’s the pre-production sample which we’ve used for evaluating colours, fit and finish. Production is well under way at our new LRC factory, and delivery is expected in the coming months. 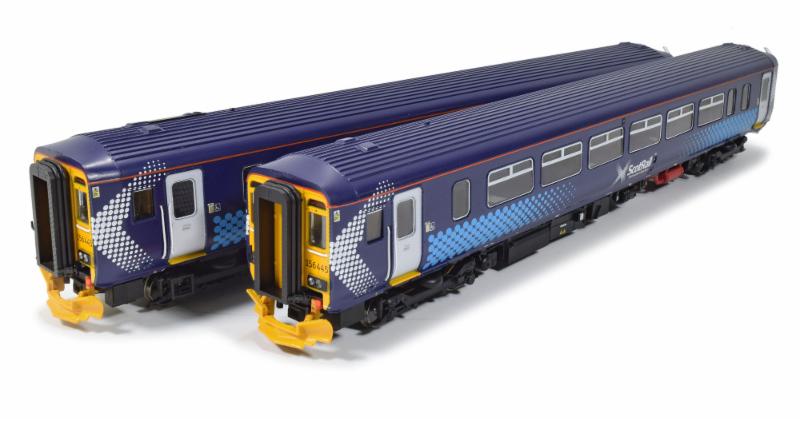 Does your Lima model look like this? Reserve your Class 156 today.

Locomotionmodels.com‘s OO gauge Stirling Single project is now well along, with running samples as mentioned above. NRM’s Richard Pearson, the Workshop and Rail Operations Manager at Locomotion: the National Railway Museum at Shildon, spent a fair amount of time going over the Single sample with me at the NRM. Richard headed the team that restored the tender now behind the Stirling Single and knows the loco and tender intimately. I am happy to report that he found very little that needed to be fixed! 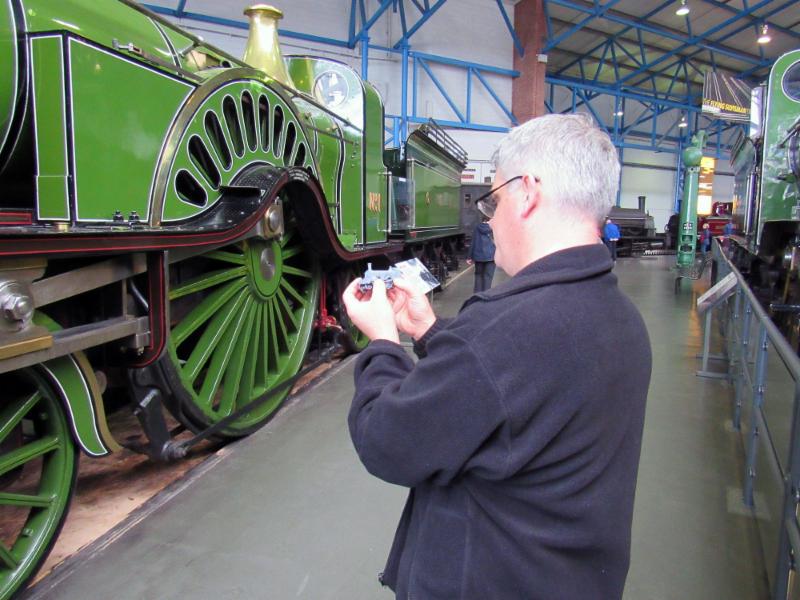 Last but certainly not least, I am delighted to report that Rapido did exceptionally well in the RMWeb British Model Railway Awards. Our APT-E clinched OO gauge modern traction model of the year, and our TEA tank wagon clinched N gauge rolling stock model of the year.

And – and this is a big And – we won #3 in the OO gauge manufacturer of the year. This is HUGE! We’re a tiny company based in the wilds of the Canadian colonies. And we’re NUMBER THREE in the whole of the United Kingdom, competing with the big boys! On behalf of Jason and the whole team I’d like to thank you all for supporting us and for voting for us. We are humbled and honoured. 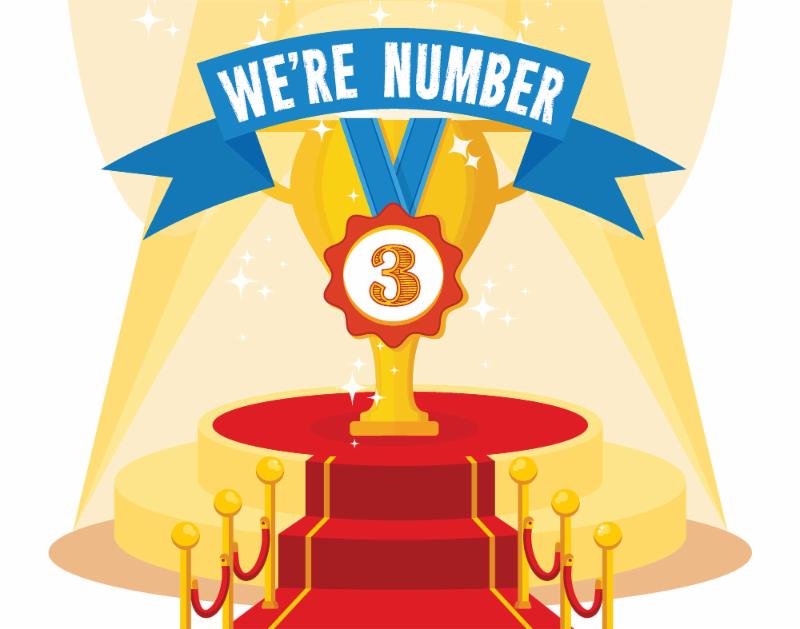 (Ed: That’s not it for now. This newsletter needs more Turbo.) 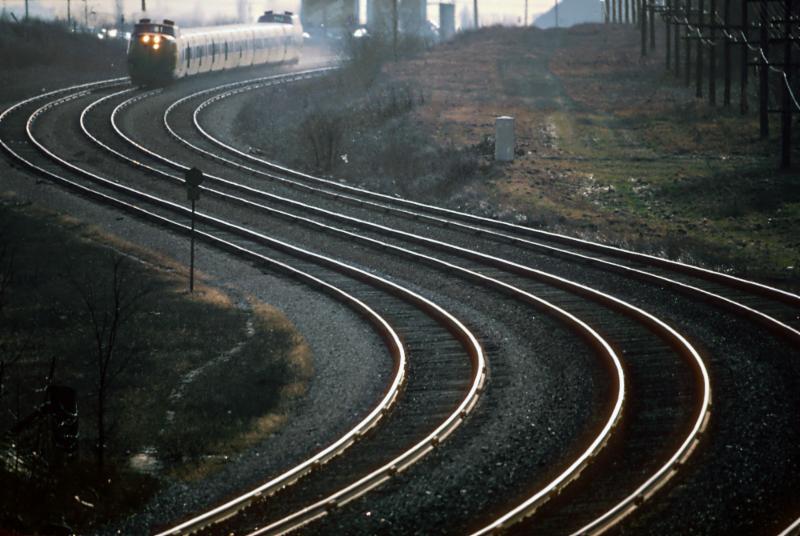 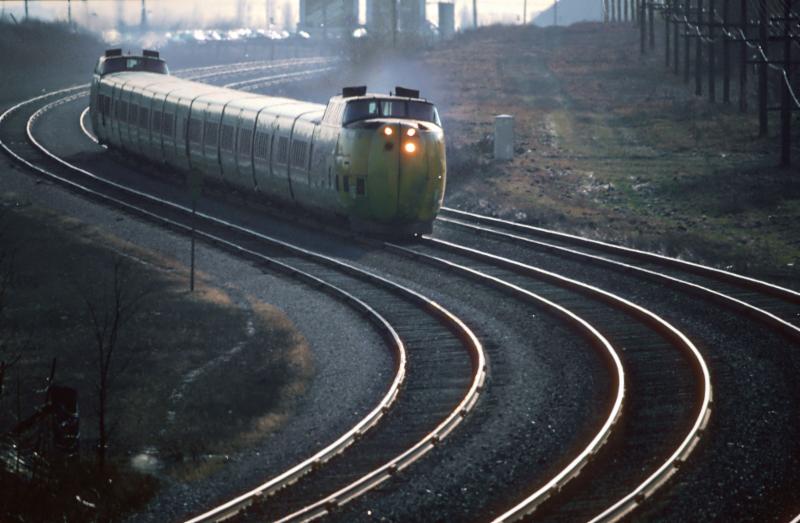 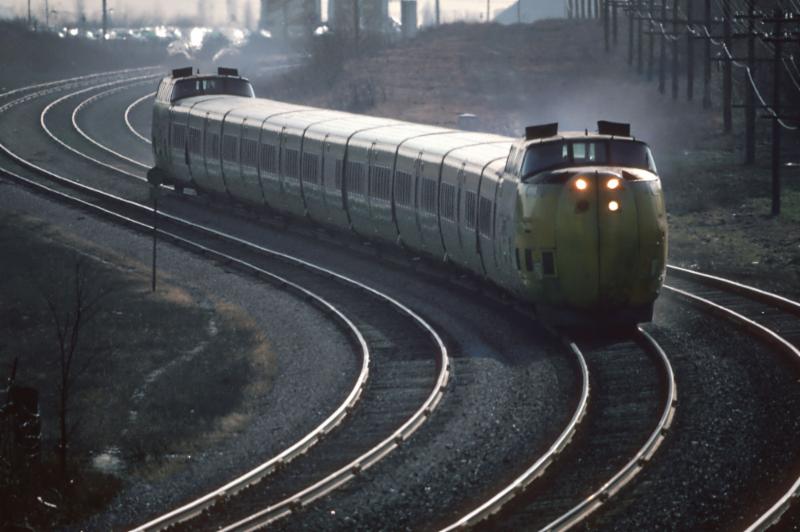 I’ve had enough of this. Nobody in the UK cares about your !@$#% Turbo. It was an experimental train that ran in Canada for all of 14 years, and it was parked for three of them. What does it have to do with anything in this newsletter? 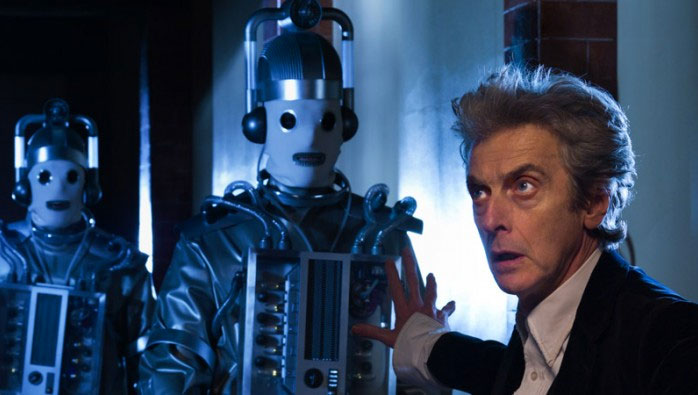 Can someone please take the computer away from him?

Sorry, the comment form is closed at this time.